About Us
Contact
Wet Benches
Sponsors & Ads
Wet Benches are used in a wafer FAB to clean debris and/or to etch away unwanted or no longer needed films from wafers. They are also used to prepare a wafers surface for the next step in the overall process. Less sophisticated wet benches are often used in a FAB to clean quartz and other semiconductor equipment parts.
Wet Benches are generally manufactured for compatibility with Acid or Base chemistries. Base chemistry wet benches are often called Solvent Benches. You can recognize a Solvent Bench immediately because it's made of stainless steel. It will generally have integrated fire suppression due to the dangerous flash points of solvents. Acid wet benches are far more plentiful in the FAB and they are constructed of plastic. Most FABs require acid wet benches to be made of Factory Mutual approved plastics like FM4910. This fire-safe plastic is expensive but it is often required to qualify for insurance.
The architecture of a wet bench is one of multiple baths (tanks) sized to accommodate the submersion of a batch or lot of wafers. Typical batch sizes are 50 wafers or 25 wafers. Some common bench layouts are:
·In Line Linear - a linear series of process and rinse baths from left to right or vice versa.
·Rotary Benches - a single arm centered about three or four process baths
·Front to Back  usually a process bath in the rear and a rinse bath in front
·Once Through Bath  Rather than move wafers from bath to bath, wafers sit in a single bath while dilute chemicals are exchanged within that same bath. These tools are usually configured In Line Linear and are used in sophisticated factories.
Marangoni Dryers
Wet Benches

If you want to find the secrets of the universe, think in terms of energy, frequency, and vibration Nikola TeslaTesla had it right; everything that moves has a vibration signature. When FAB equipment runs as desired, its healthy vibration signature is as unique as a fingerprint. When that vibration signature drifts, you are experiencing an excursion. This is the premise of our vibration based wellness monitors. For years the military has used this technology. Now, it is being embraced by the semiconductor industry to predict failure prior to scrap event.Click here for a specific example relating to the vibration monitoring of Spin Cleaning tools from Semitool or FSI
Solvent Wet Benches
Fully Automated Wet Benches
FEOL (Front End of Line) refers to the manufacturing processes used to manufacture the transistor portion of an integrated circuit. BEOL (Back End of Line) refers to the manufacturing processes used to interconnect the transistors to one another and to the outside world.
When a wafer reaches the BEOL stage of production, the interconnect is constructed of metal, typically Tungsten, and Copper or Aluminum. Common FEOL chemistries are harmful to these metals making it necessary for Wet Bench engineers to embrace solvents for BEOL cleaning. BEOL will be discussed in detail (see Solvent Wet Benches).
A very important, sophisticated, and usually quite large wet bench used for FEOL cleaning is called a critical clean bench. It is also called the pre-diffusion clean (PDC), pre-furnace clean, RCA, or Standard Clean bench. This clean usually takes place just prior to a thermal, CVD, or ALD processes. Its effectiveness directly impacts the devices switching speed, so its critical.
Other common FEOL cleaning wet benches are:
1.Resist Strip
2.Nitride etch or strip
3.Residue clean, post etch, or post ash clean
4.Oxide etch
5.STI (shallow trench isolation) clean
These benches often incorporate cleaning in addition to their etching or stripping tasks making it difficult to offer up standard configurations. So, maybe its better to offer up some common chemistries instead.
After each chemical bath, it is common to perform a DI water rinse. Sometimes the rinse is performed in the same chemical bath as the process. Other times, the rinse is performed in a separate rinse tank.
There are basically 3 major types of rinses and combinations of same:
1.QDR (Quick Dump Rinse) - Dumps the rinse water down the drain very quickly
2.Overflow Rinse  Rinse water is introduced from below the bath, forcing the water to overflow out of the bath and into a weir or drain
3.Spray Rinse  DI water spray bars are used to shower the wafers with rinse water
Rinse baths can be equipped with resistivity monitors. The resistance of pure DI water at 25C is some known number. If the rinse water is something other than that known number, we must assume there are contaminants still present, and we continue rinsing. This is a more scientific method of rinsing, in contrast to just a timed rinse.
Megasonics and Ultrasonics:
It is common practice that chemical baths and sometime rinse baths are equipped with megasonics or ultrasonics. Sonic energy creates cavitations that improve the cleaning efficiency of most chemistries. Harsh cavitation causes damage to the wafer. Generally, overly aggressive cavitation comes from ultrasonics frequencies, so megasonics are more popular.
Front to Back Rotary
Acid Wet Bench
Three Bath Rotary
Solvent Wet Bench
Ozone:
Ozone generators may accompany wet benches. Ozonated DI water is environmentally friendly compared to most legacy chemicals. Ozonated DI is a popular substitute for peroxide, and it is being studied and used to replace other common FEOL chemistries as well.
Critical cleaning baths are often equipped with concentration monitors. These monitors look for the presence or absence of certain chemistries in the bath. When the bath chemistry is spent and not optimal, the concentration monitor complains. Action is taken to refresh the bath chemistry, ideally restoring it to the perfect mix. This bath chemistry restoration process is called spiking.
Process engineers often deploy an HF Last process. This means that just prior to drying, the wafers are etched in HF. The result is a Hydrogen terminated surface. This is desirable because it delays the inevitable growth of native oxide; an undesired oxide that grows on the wafer while waiting in queue for next process.
Megasonic energizing the wet bench chemistry
Solvent Reclaim Equipment Through the process of distillation, it is possible to reclaim solvent and to re-use it.Please click for PDF Brochure
Wafer Transfer SystemsAutomated systems to transfer wafers from FAB cassette to Process cassette. Double the capacity of your Wet Benches by merging 2ea 25 wafer loads into 1ea 50 wafer half pitch process carrier.All types of transfers available!
OnTrak Wafer ScrubbersRefurbished to like new condition, our OnTrak scrubbers come with installation, startup, and a comprehensive parts and labor warranty
Single Substrate CleanersCompatible with most chemistries, our single substrate cleaners are suitable for wafers, photomasks, and other related substrates.
FOUP Cleaners,Box & Cassette CleanersSeveral models available with varying capacity, footprint, and budget. Racks are customized to your specifications.
Marangoni DryersStand alone or integratedWatermark free dryingOver 500 systems shippedUSA Support InfrastructureClick for Details
Gumlast O-Rings & SealsLower cost alternative to more expensive Kalrez & Chemraz brand. Proven effective at high temperatures and in the harsh chemistries of the semiconductor industry.
Kratos O-Rings & SealsStruggling with Viton but no room in the budget for Kalrez or Chemraz? Kratos seals well and holds up to harsh environments and high temperatures.
click ads for details/brochures
Wafer Sorters & Scribe ID ReadersSimple low cost table top sorters on up to elaborate full featured wafer sorters. Also, lot integrity checking scribe readers
Inspection HandlersWafer, mask, substrate handlers suitable for bright light, microscope., or integration to your inspection chamber

Wet Benches For SaleMarangoni DryersIPA Vapor DryersCassetteless or CassetteAutomated & SemiAutoUsed Wet Benches
Copyright © 2013
Common FEOL Wet Bench Chemistries:
Visit
ReticleStorage.com
Visit
WetBenchUSA.com
This website is intended to provide, in simple laypersons terms, some general insight about Wet Benches and the technologies they deploy for semiconductor manufacturers. This information is at a level that will best serve a salesperson, investor, student, manager, interviewee, or any engineer who is new to the wets module. Experienced wet process engineers will know this stuff in their sleep. If in the near future you are expected to meet and discuss wet processing, best learn what you can here and get yourself educated. 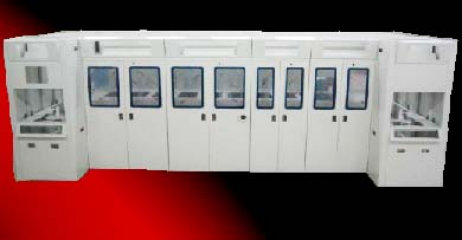